LOCAL Activities  near the Falls

Burney Falls is doing well in spite or area forest fires and drought. Come and see the 8th wonder of the world and stay at Burney Falls Trailer Resort. We are less than a mile from park entrance. Burney Creek is just a short hike away. Checkout the latest events at Burney Chamber of Commerce or The Fall River Valley Chamber 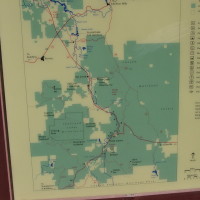 Hat Creek is a 48.7-mile-long stream in Shasta County in northern California. The creek flows from two forks on the eastern slopes of Lassen Peak in Lassen Volcanic National Park, and heads northward through Lassen National Forest, by Old Station, not far from Subway Cave and thru town of Hat Creek, thru Cassel, Crystal Lake, Rising River and Blum Lake then under 299, to its mouth at Lake Britton and McArthur Burney Memorial Falls State Park, near Burney, California. At every site mentioned above there are parts and camping along Hat Creek. I would summit there is no other stream in America with so
Hat Creek is so named because a surveyor lost his hat there.

Subway Cave near Hat Creek and Old Station came about Less than 20,000 yeas ago the lava of the Hat Creek flow was discharged in large volumes from a series of north-south fissures . This river of lava located near the town of Old Station, crawled northward 16 miles, covering the floor of Hat Creek Valley.
While the top crust cooled and hardened, rivers of red-hot lava insulated by newly formed rock above, continued to flow. Eventually, the lava drained away, leaving tube-like caves. The entrance to the cave was formed by a partial collapse of the cave’s roof many years ago. Subway Cave is the largest accessible tube in the flow.

Crystal Lake is located near the town of Burney and below Burney Mountain in eastern Shasta County. Baum and Crystal Lakes are adjacent and offer exceptional fishing. Picnic

tables are available and wildlife abounds in this area. Enjoy fishing, boating, hiking, and picnicking while you visit Crystal Lake Hatchery. The Pacific Crest Trail, on its way to Burney Falls from Mount Lassen, also passes along the edge of the hatchery and many visitors stop to picnic, view the fish, and drop a line in Baum Lake. There is a hatchery here too. Here is a link to map.

Rising River- This is a 6.03 mi Run near Cassel, CA, United States. The Run has a total ascent of 35.9 ft and has a maximum elevation of 3,234.22 ft. Just outside of Cassel you can cross the Rising River shown Below